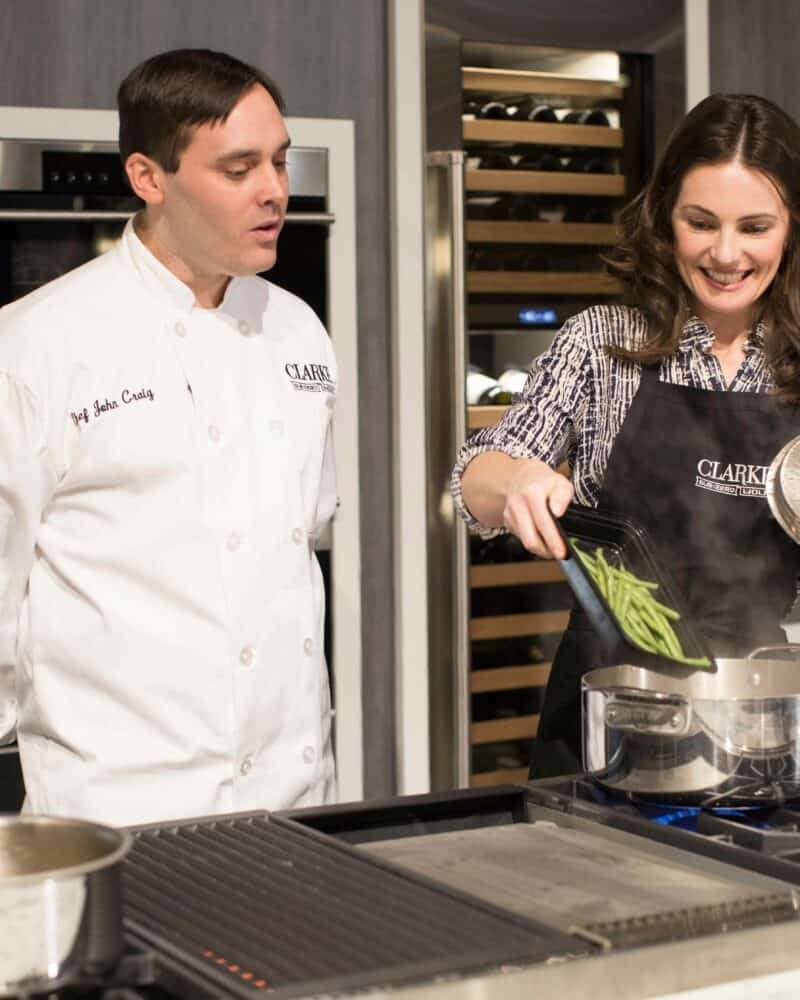 In 2013, Fox TV’s “MasterChef” cooking couple Anna and AJ Rossi came on Clarke’s screen when they both became finalists on the series, which had auditioned 60,000 amateur cooks and narrowed the field to 100, including the Rossis. Anna went on to the finals when her Molten Lava Cake wowed Joe Bastianich, “MasterChef” judge and restauranteur. Following their television debut, Clarke invited Anna and AJ to host a cooking class at the Milford Showroom, which was a big success. 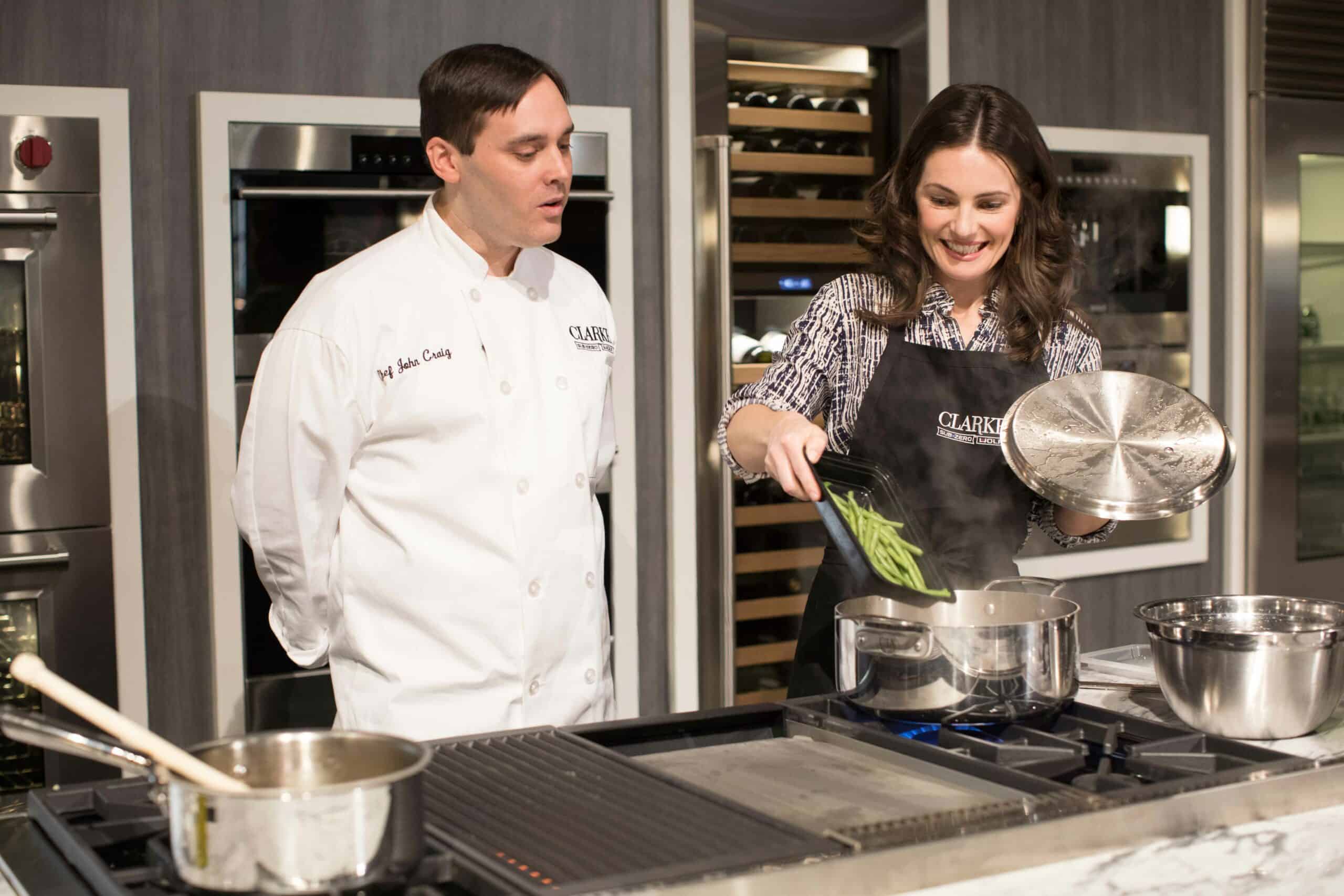 That was the beginning of beautiful friendship, which led to Anna using Clarke as the video headquarters for her Olivio cooking segments, featuring savory recipes made with an olive oil brand for which she has become the spokesperson.

Now, in 2018, Rossi returns to Clarke once again as a lifestyle host of NBC Boston’s “Hub Today.” The program, which airs Monday through Friday at 12:30PM on NBC Boston, is gaining traction as the local source for information on Boston nightlife, entertainment, food, drink and more. Producers decided to leverage Rossi’s passion for cooking to start “The Hub Today Cooking Club,” a segment that will run every Friday, starting in February. Once again, enter Clarke, whose Sub-Zero and Wolf Test Kitchen was the natural choice for their Hub Today Cooking Club television studio. 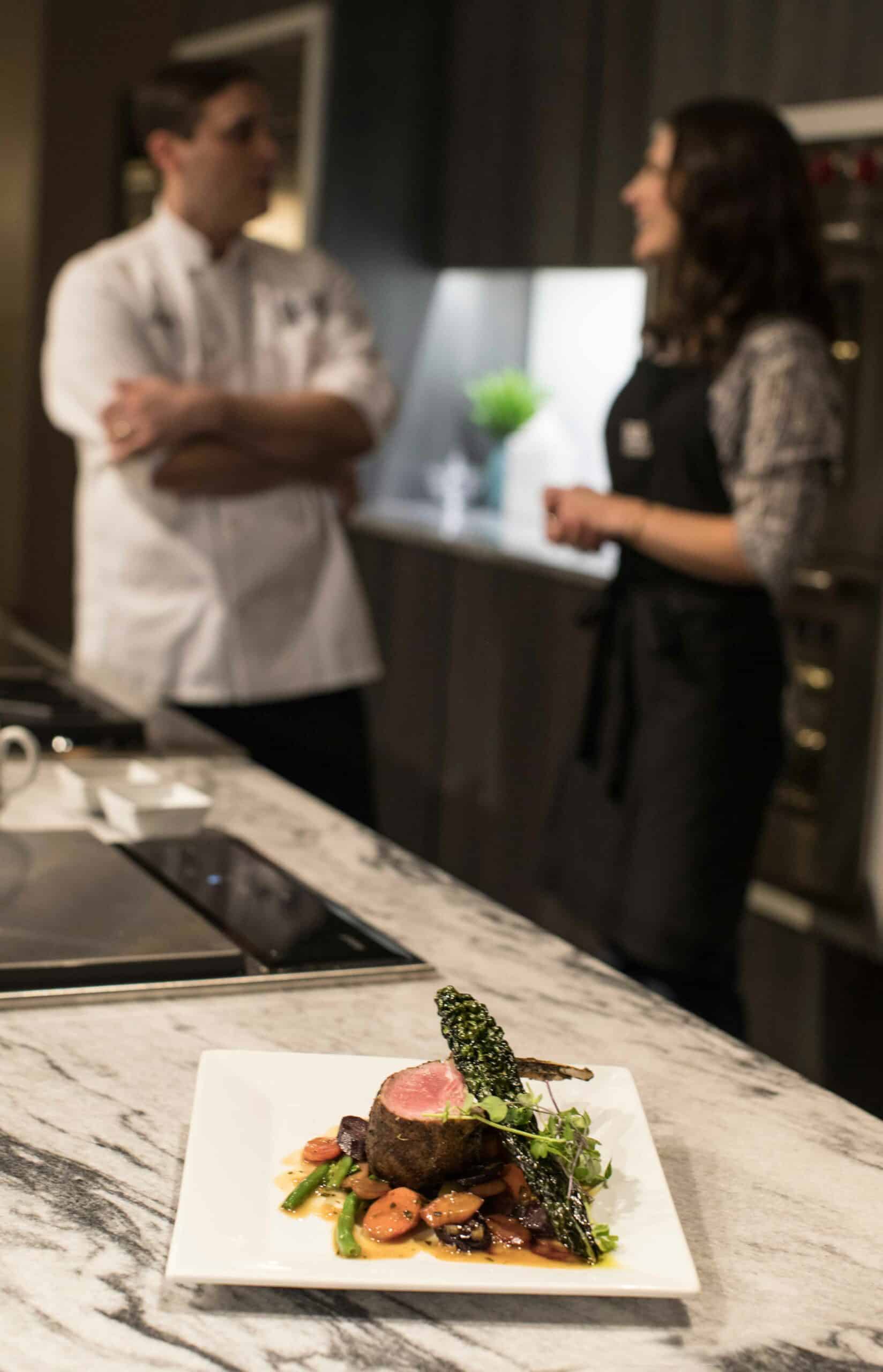 Rossi and the “Hub Today” production crew will be taping Cooking Club segments at Clarke Milford two days each month, a schedule that kicked off last week. In the first segment, which premieres Friday, February 2nd, Clarke Executive Chef John Craig joins Rossi in the kitchen. Local celebrity chefs will be frequent guests, including Chef Shaun Velez of dbar, Dorchester’s posh New American haunt. Velez will be featured cooking a Valentine treat with Rossi right before the holiday weekend.

February “Hub Today Cooking Club” segments will continue with British Beer Company’s Executive Chef James Gibney, who started his career as a culinary student at Windsor Castle cooking for celebrants at Queen Elizabeth’s 50th Jubilee. The final February segment will have Anna Rossi cooking with Lila Deluca, the 10-year-old Rockport resident who competed on MasterChef Junior one year ago and got to learn from television chef Gordon Ramsey.

The team at Clarke Milford is no stranger to television, as test kitchens at the Sub-Zero and Wolf showroom were home to Chef Ming Tsai’s public television show for more than a decade, as well as the headquarters for various television cooking show pilots and segments. Clarke is delighted to host “Hub Today,” as they launch this new cooking venture.