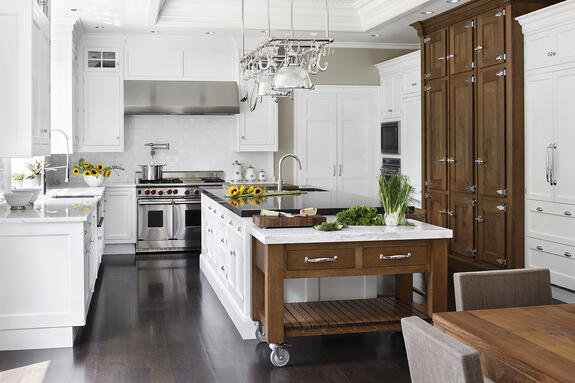 On May 7, Clarke, New England’s Official Sub-Zero & Wolf Showroom and Test Kitchen in Milford, Massachusetts, was filled with 100 of New England’s top architects and designers and their guests. The event, known as “An Evening to Remember,” was buzzing with talk of kitchen design trends, a culinary demonstration by Public Television’s Emmy Award-nominee Chef Ming Tsai and a four-course meal from Blue Ginger, Tsai’s nationally known restaurant. The culmination of the night came when Clarke Director of Business Development Joe Tanguay announced the three New England regional winners of the Sub-Zero and Wolf Kitchen Design Contest (KDC). These three designers will go on to the Sub-Zero and Wolf Best of the Best Winners’ Summit and Gala in Scottsdale, Arizona in September. There 54 regional winners from around the country who will be present to hear who wins the top honors nationally. At Clarke, all three winners were on equal footing (no first, second and third ranking was involved as all three will equally represent the six New England states.)

The first name announced at An Evening to Remember was Heather Kahler of Downsview Kitchens of Boston. Kahler’s reaction was fabulous. She was stunned and when she accepted her award, she shared that their growing family precluded her and her husband from getting out much at night, so this Evening to Remember was a date night for them. They were celebrating her husband’s graduating from his master’s program the next day, so this was quite a night for them. Kahler’s “Chef’s Kitchen” is shown here…

The Sub-Zero and Wolf KDC judges commented on the functionality, the great balance of color and scale, perfect selection of appliances and the ability for the space to provide for many cooks at once in the space. 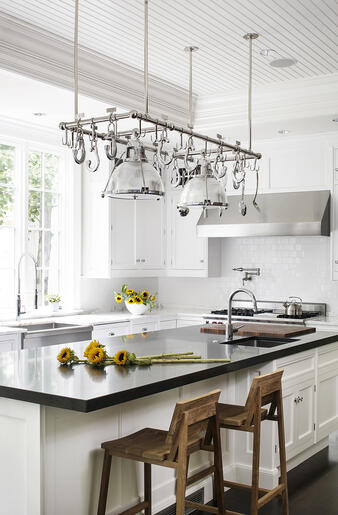 The second name announced at An Evening to Remember was David Hacin of Hacin + Associates in Boston. Hacin was unable to be at the event, however, the project architect on the award-winning kitchen, David Tabenken, accepted the award in style. Hacin’s Boston Commn Townhouse kitchen is shown here… 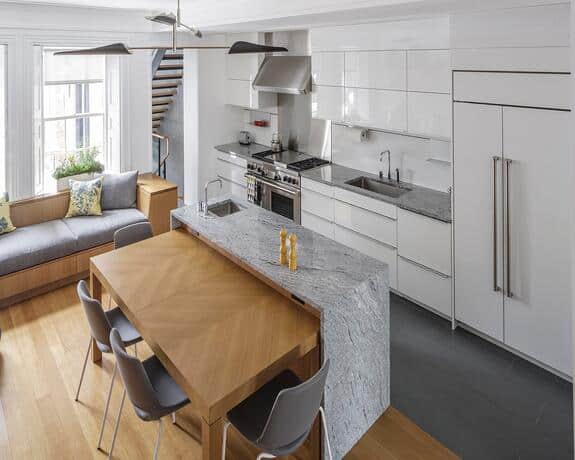 Sub-Zero and Wolf KDC judges loved the classic small work triangle, the wall of wood that turns to become great lounging space, the way the wood stands out in this classic white envelope and the gorgeous book matching veneer on the table. 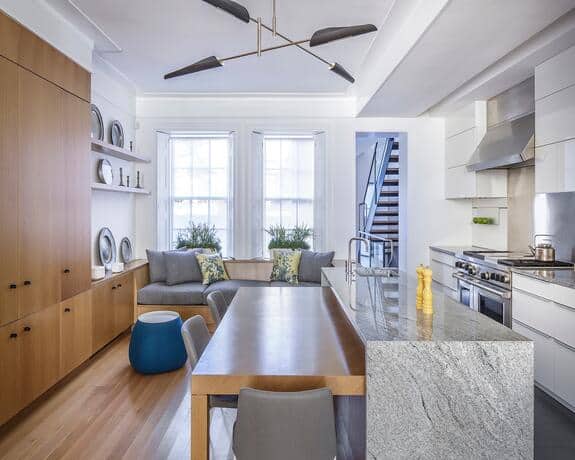 The third New England Regional Winner announced was Rosemary Porto of Poggenpohl Boston.Rosemary’s delight that David Hacin’s team had won caused her not to hear her own name announced. Once she realized she was the third award winner, her signature enthusiasm took over as she made her way to accept her trophy. 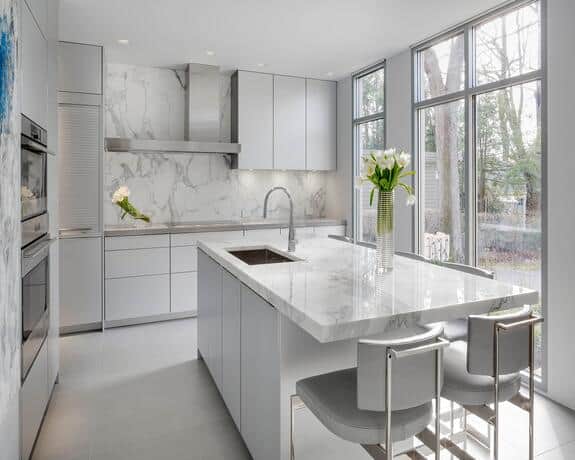 The judges loved the seamless look of the appliances, the placement of the sink in the island to take full advantage of the view, ease of maintenance, the rigor to detail, great asymetric hood the creation of a wonderful workplace. 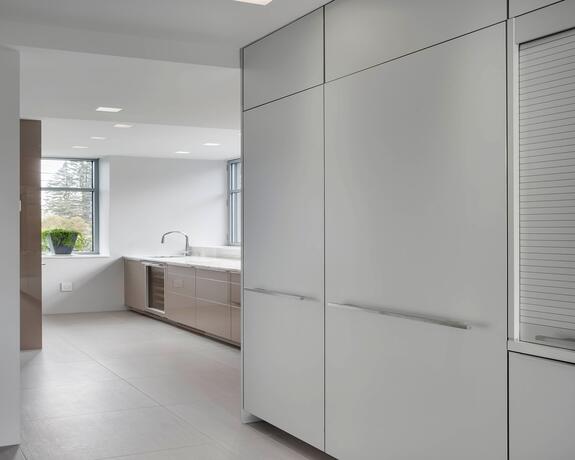 The Sub-Zero and Wolf KDC judges had a daunting job, reviewing 1784 entries in this year’s contest. We congratulate all of the designers who entered the New England regional competition, as there were so many fabulous projects in the competition. Each year the submissions keep getting more exciting, innovative and breathtaking. Please join us in rooting for our three New England Regional Winners as they go to the Best of the Best Summit and hope we have a national winner coming back to New England in the fall.

To see more great kitchen designs, visit Clarke’s Inspiration Gallery. And, if you are inspired to create your own dream kitchen, we invite you to visit a Clarke Showroom and Test Kitchen to get expert advice.