It’s Not Every Day that Rachael Ray Visits Clarke 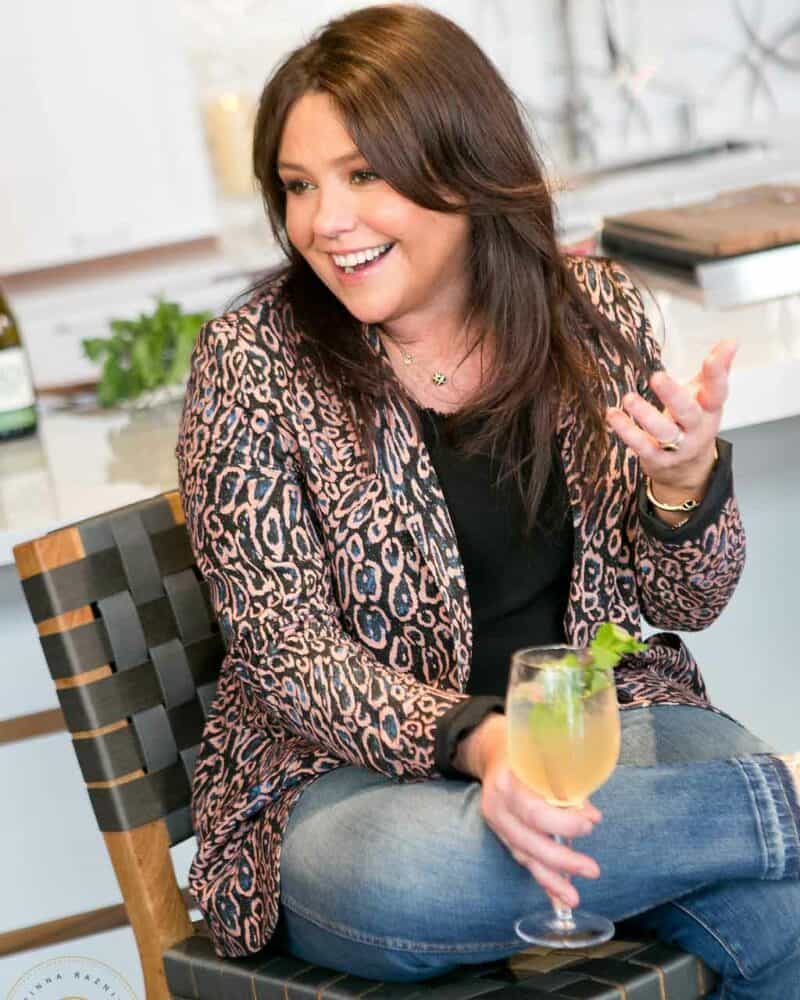 In 2001, Rachael Ray began her iconic television series 30 Minute Meals on the Food Network and it lasted for 27 seasons from 2001-2012, winning her three Daytime Emmy Awards. She is known for more than two dozen cookbooks, her popular magazine Every Day with Rachel Ray, cookware, furniture and now even pet food. So how does this celebrity chef and television personality end up spending an afternoon at Clarke, New England’s Official Sub-Zero & Wolf Showroom and Test Kitchen at 7 Tide in Boston? She’s promoting her return to Boston television! 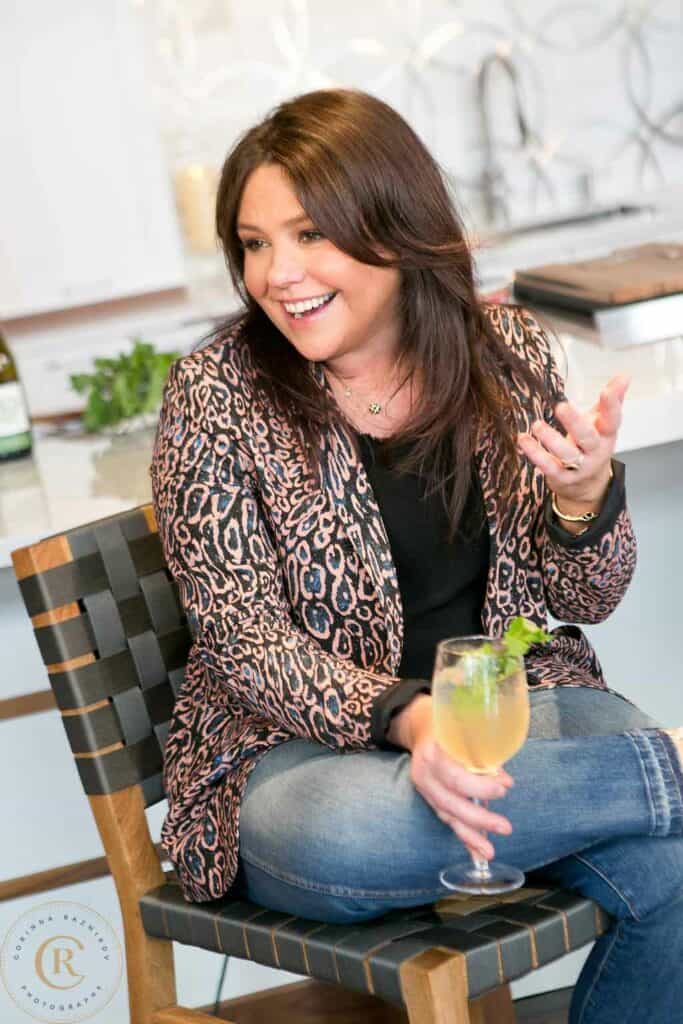 Foodie Friends
Several months ago, Clarke friend, Anna Rossi, came by Clarke’s 7 Tide showroom looking for a place to shoot a few segments for NBC Boston’s new show The Hub Today, for which she is a food and lifestyle host. Clarke first met Anna (and her husband AJ) in 2012, after they were on MasterChef USA Season 3. Anna progressed to the finals, highlighted as “one of the most talented home cooks in all of America.” The couple then taught a cooking class at Clarke, attended several events and Anna then asked to use Clarke’s Milford, Massachusetts showroom when shooting video for Olivio, the brand for which she is still a spokesperson and chef.

So, it was no wonder that she would come to explore Clarke’s newest showroom at 7 Tide in Boston when she needed a kitchen setting for The Hub Today. Soon after Anna’s first 7 Tide visit, NBC Boston started airing Rachael Ray’s newest show weekdays at noon, giving her show a new position on the dial in Boston after a long hiatus. Since Rossi’s food and lifestyle segments on The Hub Today follow the Rachael Ray show, NBC thought it would be perfect to make some noise about the two programs and Clarke was the site of this fun foodie event.

Talking Sangria, TV and Chef Michael Schlow
On Wednesday, May 10th, Rachael Ray and her husband, John Cusimano, taped a segment of The Hub Today with Anna at Clarke at 7 Tide. They prepared their favorite summer Citrus Sangria (see recipe below.) Surprise guest Chef Michael Schlow stopped by to deliver one of Rachael’s favorite dishes (Village Salad) from his latest Boston restaurant, Doretta Taverna & Raw Bar, and while Chef Ken Orringer was out of town, he sent over another Rachael favorite, Matzo Ball Raman, from his newest Cambridge restaurant Little Donkey. Following the taping, members of the Clarke team and a few VIP guests enjoyed a private Q & A with Rachael, along with a Facebook Live event. 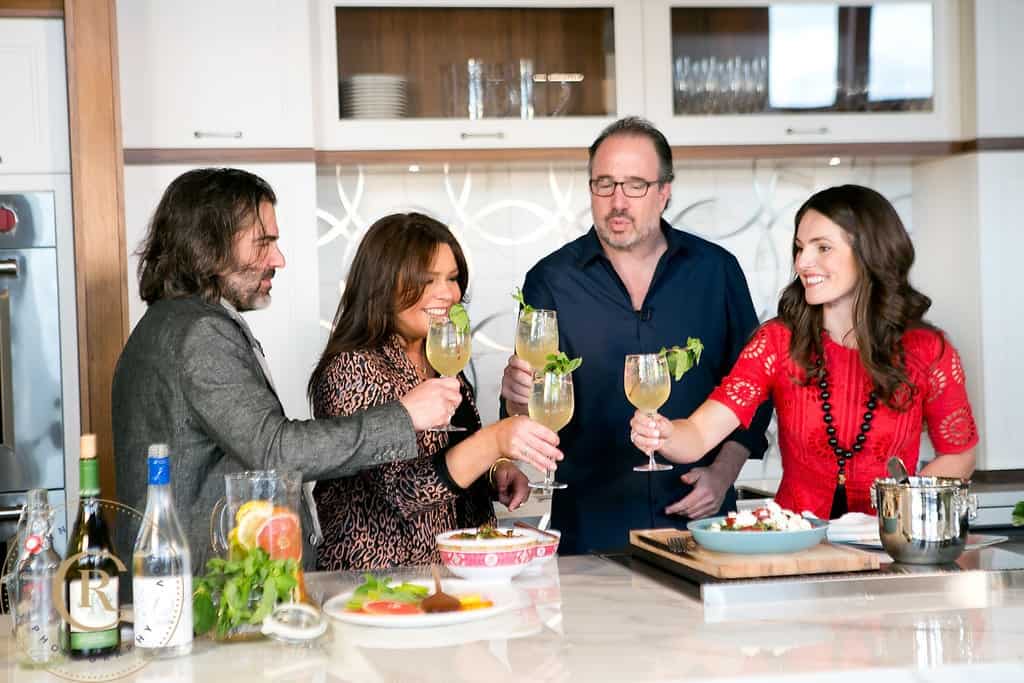 Rachael was gracious, funny and generous with her time. She posed for photos with many members of the Clarke team, including Clarke Chef Brittany Wezner, who told Rachael that she had been watching her show since she could remember and wanted her to know what a thrill it was to meet her. Rachael told stories about everything from her TV kitchen catching on fire to throwing out the first pitch years back in Fenway Park, and her “forever crush,” Nomar Garciaparra. When asked what she likes to do in Boston, she said that her favorite thing is to “eat anything that Michael Schlow or Ken Orringer make at their restaurants.” She shared that she and John enjoy spending time with both Boston chefs and travel together whenever they get the chance.

Rachael & John’s Summer Citrus Sangria
While there are many Rachael Ray Sangria recipes online, we couldn’t find this one anywhere, accept on The Hub Today at Clarke. It’s so simple and everyone at the taping raved about it. Add this to your summer menu and enjoy!

If fabulous food and extraordinary kitchens are your passion…
Come explore the world’s finest appliances, taste the results that you can expect from cooking on them and find inspiration to design your extraordinary kitchen, with a visit to one of Clarke’s three showroom locations. Rachael Ray, Lidia Bastianich, Ellie Krieger, Ming Tsai…you never know who you’ll find at Clarke.