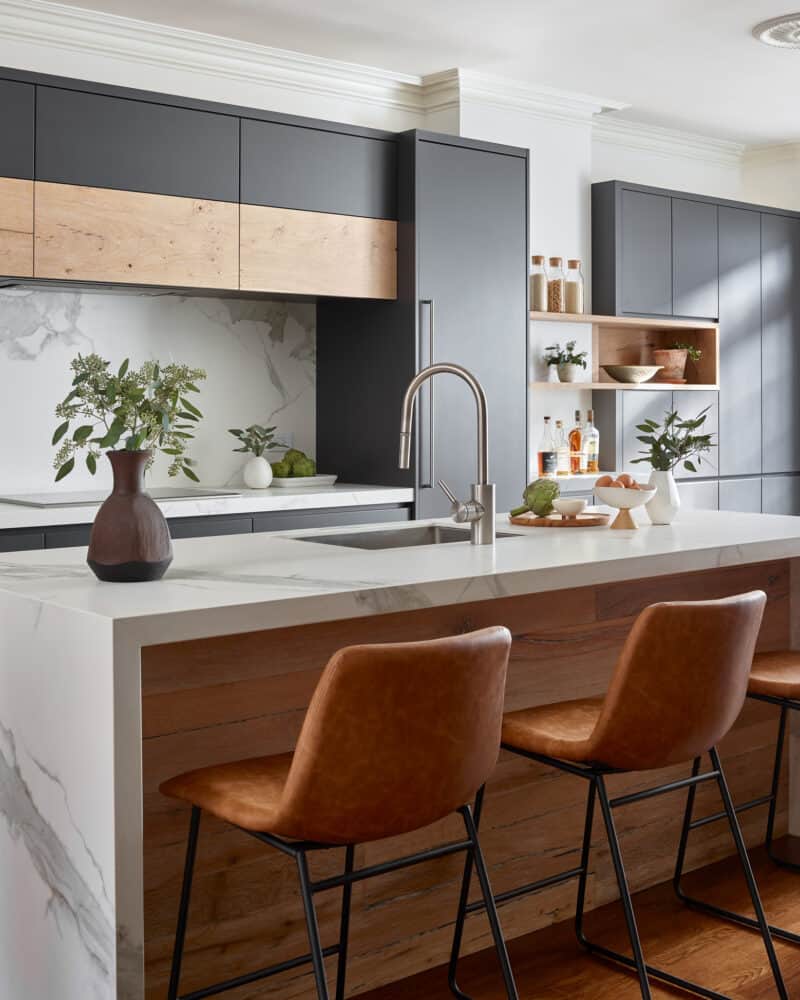 As the sun set on Boston Harbor recently, more than 100 of New England’s most esteemed architects and designers set sail on The Odyssey from Rowe’s Wharf in anticipation of learning who on board would be named the best kitchen designers in New England in Sub-Zero, Wolf and Cove’s Kitchen Design Contest.

Clarke, New England’s Official Sub-Zero/Wolf/Cove Showroom and Test Kitchen, received Kitchen Design Contest entries from 146 New England designers, and only four would be recognized during the dinner cruise as the best in New England. After bidding the shore farewell while sipping cocktails on Odyssey’s top deck, the group moved downstairs to enjoy a sumptuous dinner. During the third hour of the cruise, President Sean Clarke and Clarke Director of Business Development Joe Tanguay shared news about Clarke’s newest offerings and then revealed the New England winners of one of the industry’s most prestigious national design contests, presenting each winner with a handcrafted Simon Pearce trophy and a cash prize.

Judges for the contest included 7 design professionals from every corner of the United States and Canada, whose combined talent in architecture, interior design and kitchen design spans decades and reflects a wide array of aesthetic sensibilities. Please join us in congratulating these designers on their distinction as the best of the best in kitchen design in New England.

For details and additional photos of all four projects,
watch Clarke’s blog over the coming weeks.