Oh What a (Designer Appreciation) Night! 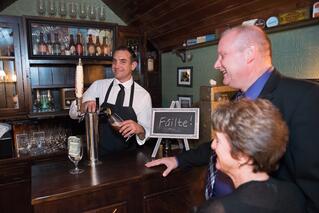 On September 22, more than 250 of New England’s finest architects and designers filled 7 Tide in Boston Seaport to celebrate the finest kitchen designs of 2015. As the culmination of more than two years of planning, designing and building Clarke’s new Sub-Zero & Wolf Showroom and Test Kitchen, Designer Appreciation Night 2016 was all about Boston. 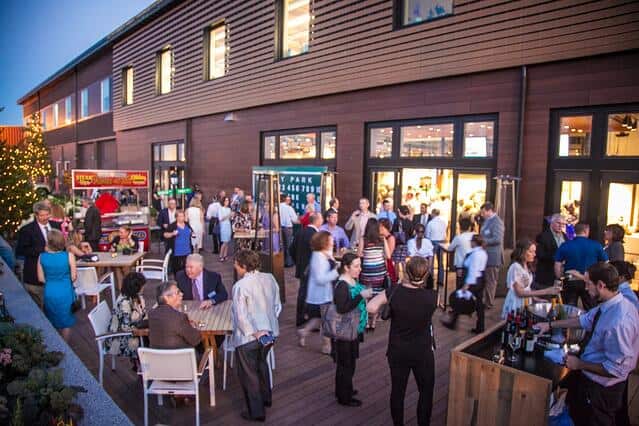 Guests enjoyed their first visit to Clarke’s Showroom & Test Kitchen and a peek inside the country’s first brand inspiration center for Marvin Windows and Doors. The traffic between the two spaces was free-flowing as the Marvin Lift & Slide glass doors that define the two spaces can easily be opened for such a grand occasion. In fact, the Marvin reception desk was refitted as the bar from Cheers for this Boston-centric event. 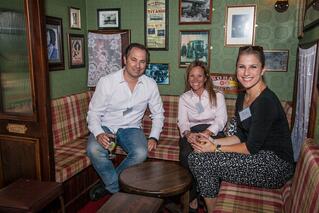 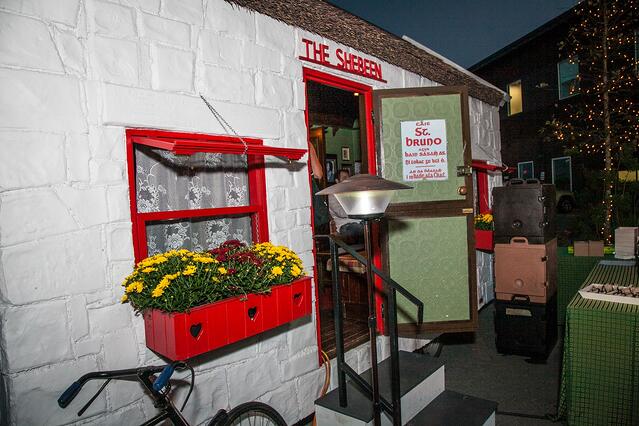 An actual sausage vendor from Fenway Park was found on Clarke’s patio, as was a replica of the Green Monster. Beyond the patio, Clarke’s Sub-Zero & Wolf Mobile Showroom and Test Kitchen was lovingly referred to as the “Fung Wah Bus,” as it became the Boston Chinatown food station. Adjacent to Chinatown, visitors were delighted by The Shebeen, an authentic Irish Pub on wheels, complete with window boxes and thatched roof. Inside Irish beer was served at a pint-sized bar, while a few guests could cozy on upholstered seats below authentic Irish art depicting scenes back across the pond. 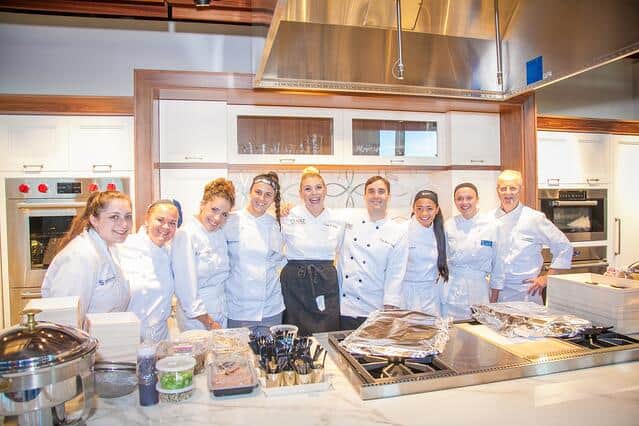 The Clarke Culinary Team, led by Chefs Brittany Wezner and John Craig, actually cooked for almost 24 hours straight to create the extraordinary neighborhood-themed cuisine for the evening. Delicious selections from The North End, Chinatown, Boston Seaport and Southie reminded guests of the tastes and aromas for which this city is well known. Chef Kevin Duffy, instructor in the culinary program at Johnson & Wales, was on hand with a small army of J&W interns to help with the herculean effort of catering this singular event. 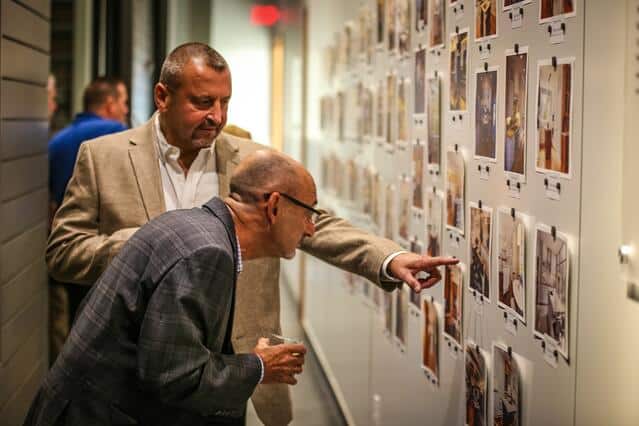 Guests enjoyed perusing photos of the more than 70 Clarke Kitchen Design Contest entries, which were posted on a magnetic wall in the center of the event. 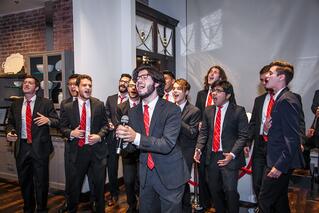 Hosting the Clarke Kitchen Design Awards at 7 Tide presented a new challenge, as the event has been held in Clarke’s Milford Showroom since its inception almost a decade ago. In Milford, the Clarke Amphitheater always provided a comfortable space for the award celebration. Here, the crowd huddled together in a narrow, deep portion of 7 Tide, where they could see CEO Tom Clarke, President Sean Clarke, Business Development Director Joe Tanguay welcome the crowd and announce the winners. The enthusiastic group seemed delighted by the celebration and was happy to stand while six Kitchen Design Contest Winners were announced along with the top three New England specifiers of Sub-Zero and Wolf appliances in 2015.
(Pictured below are CEO Tom Clarke (right) with Richard Bertman and Jessica Leong from CBT Architects, who won the First Place Contemporary Kitchen Award.) 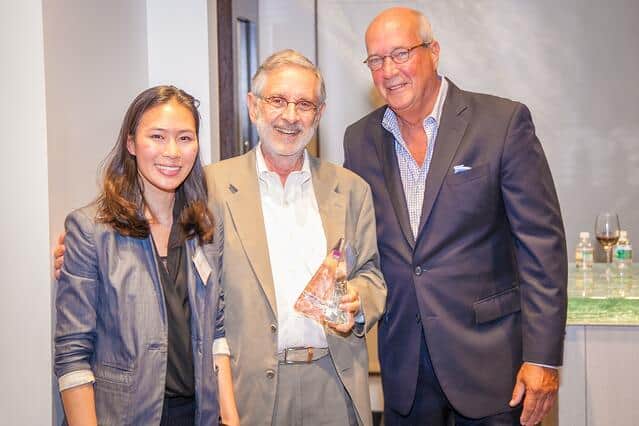