Clarke is Named Supplier of the Year by HBRA 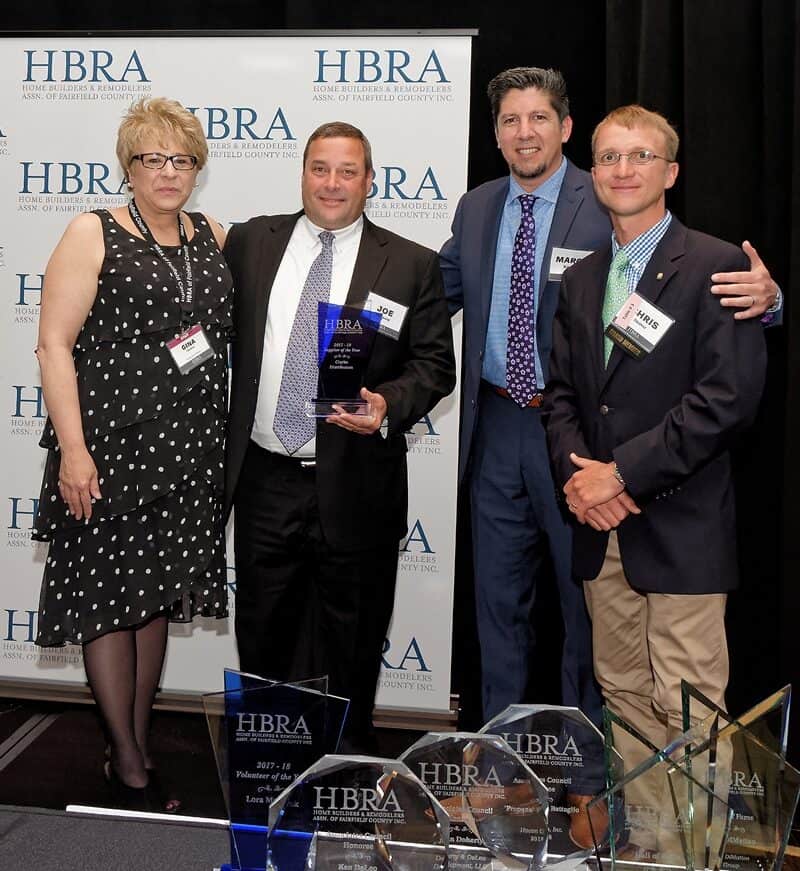 In a Hyatt Hotel ballroom in Greenwich, Connecticut, filled with 400 of what felt like their closest friends, the Clarke team was recently honored to receive the prestigious Supplier of the Year Award from the Home Builders and Remodelers Association (HBRA) of Fairfield County, Connecticut. The award, which was announced at the organization’s 2017 Annual Meeting & Awards, distinguishes Clarke among hundreds of members as this year’s top choice for supplier in the region. 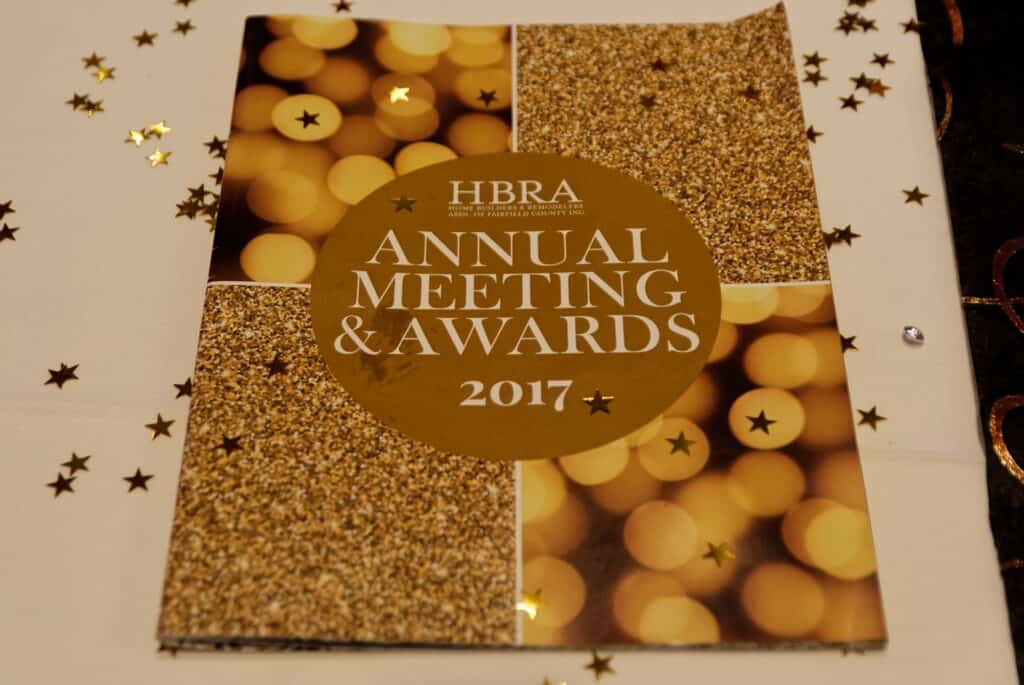 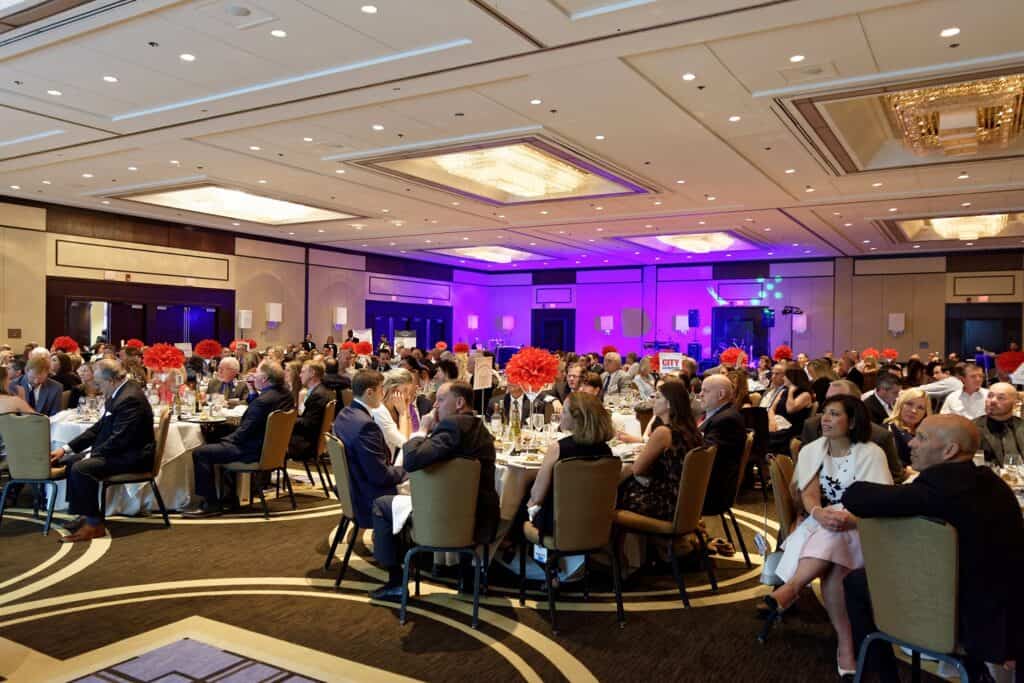 “Our award winners are deserving of this recognition for the accomplishments they have made within our industry and for their commitment to our association and the Fairfield County communities,” stated Gina Calabro, Chief Executive Officer of the HBRA of Fairfield County. “Our more than 430 members represent the best in their industry and are committed to the highest standards in building.”

Clarke Director of Business Development Joe Tanguay accepted the award, along with Clarke Corporate Showroom Manager Marco Barallon and Regional Sales Manager Steve Rowland. “We are honored to receive this award,” said Tanguay. “We pride ourselves at Clarke with offering unparalleled products and the industry’s best service to the design/build community and the homeowners they serve. We are delighted to share the stage with so many great builders, remodelers and architects who continue to make Sub-Zero and Wolf the first choice for Fairfield County’s finest homes.” 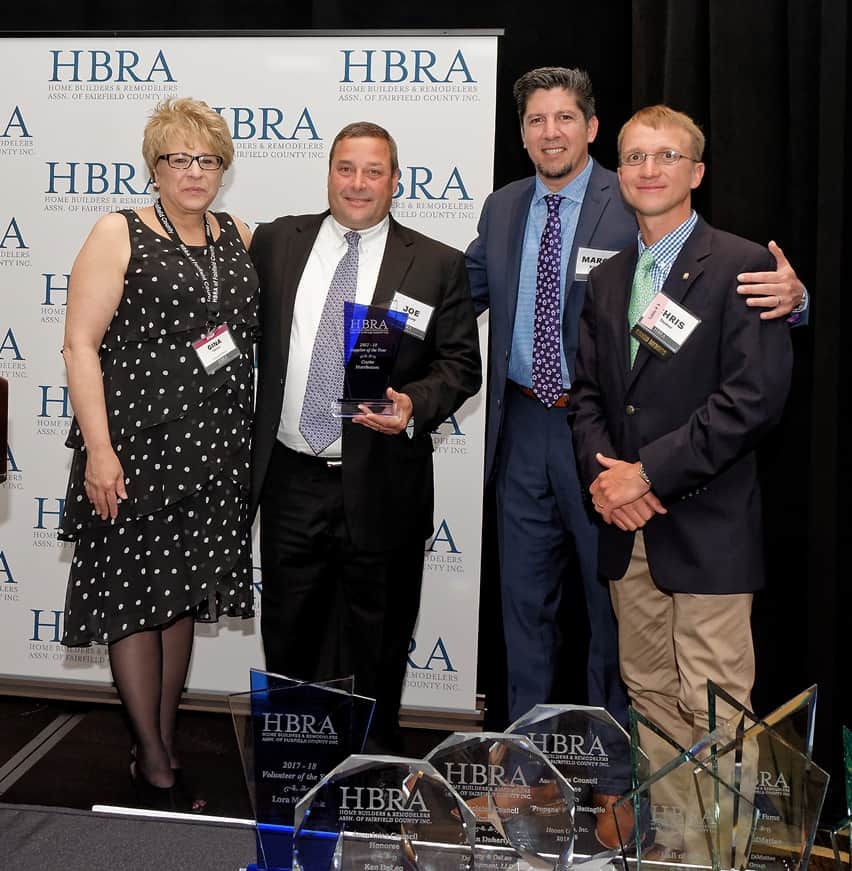 The Supplier of the Year award will have an honored place on the Clarke South Norwalk Showroom & Test Kitchen shelf with its 2016 Showroom of the Year award from Kitchen & Bath Design News, and a HOBI Award from the HBRA of Connecticut. In addition, the showroom was once again chosen as the television kitchen for legendary Chef Lidia Bastianich’s public television show Lidia’s Kitchen, as well as the television kitchen studio for Ellie’s Real Good Food, hosted on public television’s CREATE network by New York Times best-selling author Ellie Krieger.

We thank the entire Clarke team in Connecticut for keeping us front and center with homeowners, architects, designers, builders and our exclusive network of retail dealers.