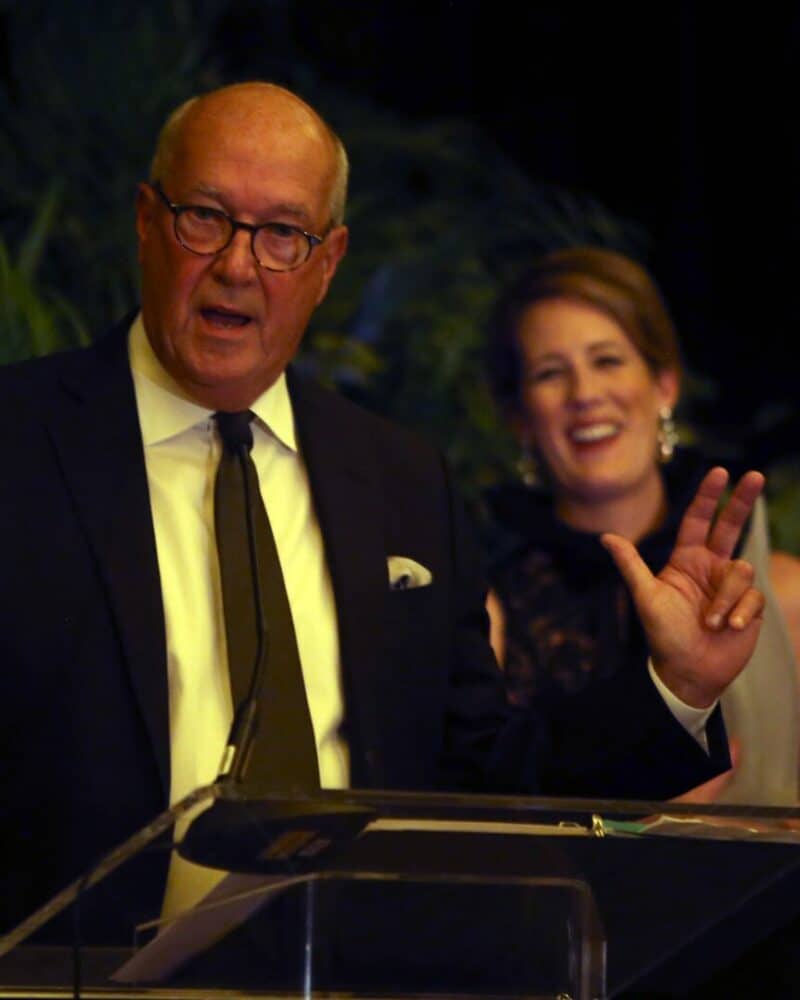 As we enter the first full week of 2020, we’re taking a moment to reflect on the many great innovations, accomplishments and accolades we feel honored to have experienced at Clarke in 2019. From the installation of Clarke’s Freight Farm in February, to outfitting the 2019 This Old House Idea House with Sub-Zero, Wolf and Cove appliances in New Canaan, Connecticut in September, and recognizing numerous New England designers for their exquisite kitchen designs over the past year, there has been much to celebrate in 2019.  Perhaps the most singular distinction of the year was Clarke Founder and CEO Tom Clarke being inducted into the New England Design Hall of Fame in November.

Clarke Commands an Audience at the Intercontinental in Boston

The New England Design Hall of Fame honors individuals who have had exceptional careers in New England’s residential design industry. A small group of architects, interior designers, landscape architects or landscape designers, and specialty designers whose work, influence, and community involvement have set them at the pinnacle of their profession are inducted and celebrated at New England Home’s annual gala each November. On November 7th, Tom Clarke was recognized in the Specialty Designers category to become one of the 7 design industry luminaries to enter this elite group

Tom captured the attention of the audience of more than 300 professionals with his humor, wit and command of what makes New England designers great. He was joined on the stage by Ryan Newton of C.H. Newton Builders, Leslie Fine of Leslie Fine Interiors, David Newton of C.H. Newton Builders, Robert Linn and Keith Moskow of Moskow Linn Architects,  and Tara Vincenta, Artemis Landscape Architects.

Tom was nominated by members of the Clarke organization (without Tom knowing about the submission until his induction was announced) with a 35-page review of his career accomplishments and dedication to the New England design industry. It was revealed that Tom’s nomination was unanimously approved by the panel of esteemed judges, as they each recognized his extraordinary support of the New England design community over the past 25 years.

As Clarke moves on to new, exciting initiatives in 2020 (introducing The Galley workstation concept to New England designers and launching an all-new New England Living television show with CBS Boston in April, among many others), we are exceedingly proud to be the home of one of New England’s Design Hall of Famers!

To explore all that Clarke offers both homeowners and the design community, click here.