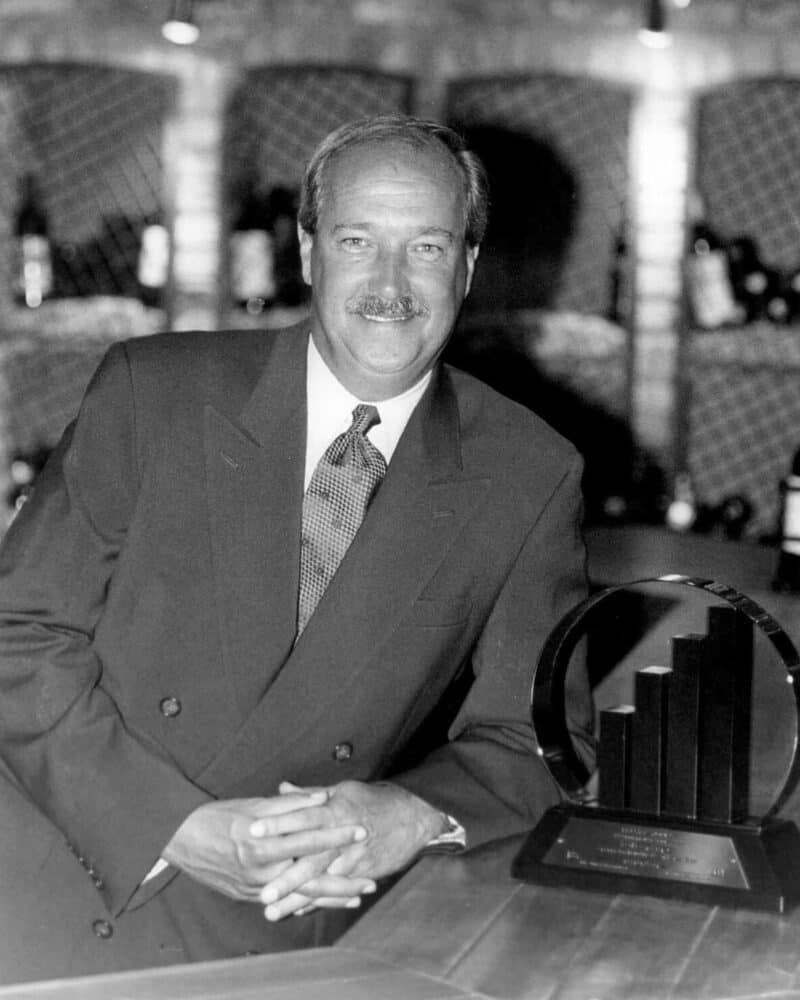 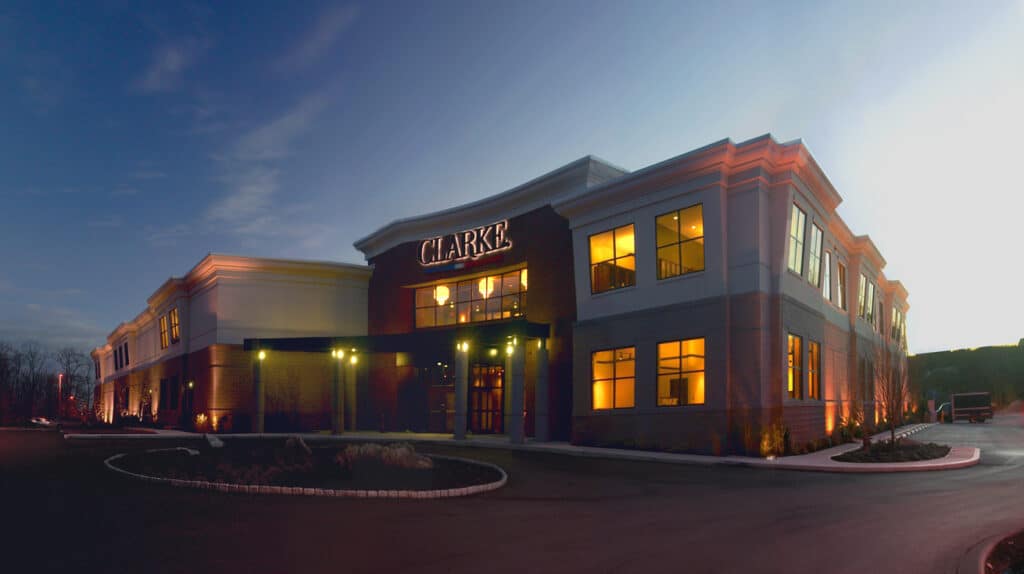 Clarke has revolutionized the way architects, designers and homeowners think about kitchens and appliances in New England. The Clarke family’s award-winning company opened on April 1, 1991. It was no April Fools’ folly, but rather the result of hard work and a family legacy in the kitchen business. Back in the 1970s, just a few years out of college, Tom opened Clarke Associates, and was one of the first (and only stocking) independent cabinet manufacturer rep firms 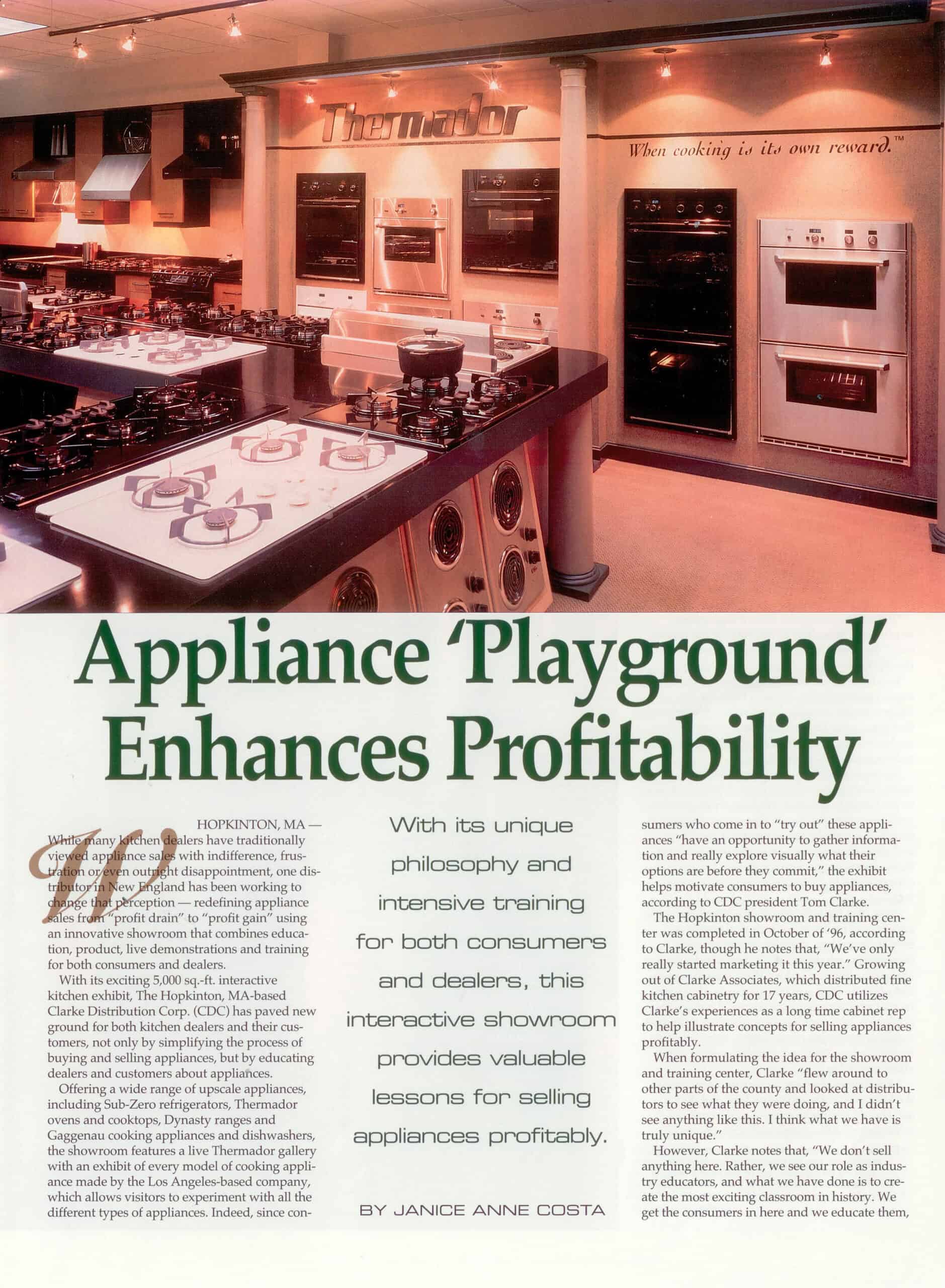 in the region. At a time when kitchen cabinet sales were done by individual reps with a catalog, Tom built an organization. His first employee at that time, and still an integral part of the Clarke organization today, was Nancy DiCicco. “Nancy was our neighbor in our first house in Milford and I asked her if she’d be interested in helping me start this cabinet company and we launched it right at my kitchen table. She said yes and she is still with me almost 50 years later,” shared Tom Clarke. In fact, Nancy is the only Clarke Distribution employee from 30 years ago who is still on the Clarke staff today.

Tom Clarke Has Always Been About Service

According to Nancy, Tom’s concept was unique. “He was the only one who had 11 reps on the road and someone back in an office answering a phone,” she recalled. “Most cabinet sales at that time were done out of the rep’s car and of course there was no email or cell phones, so if you wanted to place an order or ask a question about your cabinet delivery, you left a message on an answering machine and they’d get back to you when they could. I was answering Clarke Associates’ phone all day so we could track down orders and answer questions – providing better service – and Tom started winning sales awards and making a name for himself.”

Tom brought new cabinet products and design ideas directly to kitchen dealers and distributors. Then he set up his own cabinet showroom so designers and homeowners could fully imagine how their kitchen could look. He didn’t rep one company; he showcased three, four and then five lines to offer a variety of styles. While this was the genesis of his career, he really revolutionized the kitchen design industry in New England when he was tapped by Sub-Zero Refrigeration to open their first New England distribution company in 1991 and today’s Clarke was born.

In 1991 Clarke Distribution Was Born 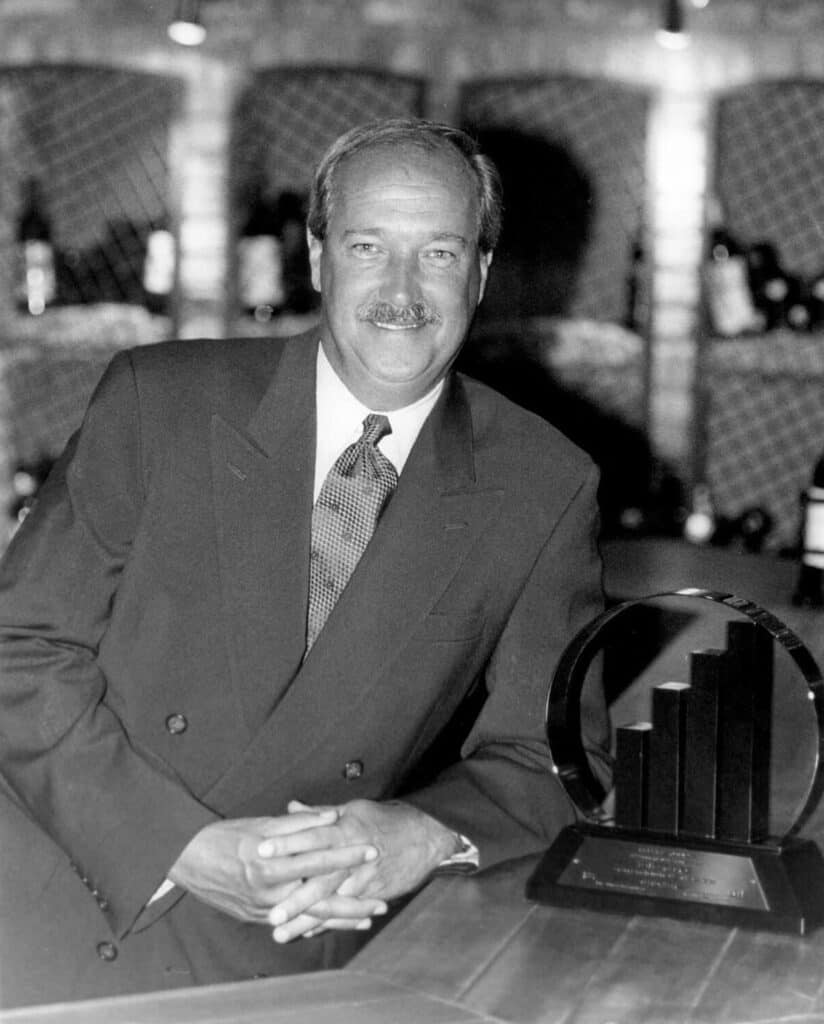 Recognizing the burgeoning luxury market in New England, Tom leveraged his extensive knowledge of cabinetry and close relationships in the kitchen industry to create a distribution business like Sub-Zero and other appliance manufacturers had never seen before. Tom made the design community a top priority, listened to them and built tools to help them succeed. In 2000, Tom’s son Sean joined the business and, after working in every department, Sean became president of the company in 2015. Together Tom and Sean have revolutionized the way kitchen appliances were considered in New England and Clarke has actually led every appliance distributor in the country with new, innovative concepts. In 1999, Tom won the prestigious Ernst & Young Entrepreneur of the Year Award. In 2017, Sean followed in his father’s footsteps being named one of the “Top 50 Innovators” in the kitchen and bath industry by Kitchen & Bath Business. Shortly after that, Tom was distinguished by the design industry with the “New England Design Hall of Fame Award” recognizing his pioneering lifetime achievements.

Great Dealers Continue to Be the Backbone of Clarke’s Business

When Tom launched Clarke Distribution in 1991, many appliance dealers had Sub-Zero refrigerators leaning up against the walls in their stores, as built-in appliances were an anomaly at that time. Tom’s industry leader mentality changed that. As he built his own (now three) award-winning showrooms to exemplify how built-in appliances would look in a kitchen, he started an experience revolution decades before “experience” became a buzzword. Not only could visitors see full-scale designer kitchens at Clarke, they could also cook on the appliances to help make their selections. Once he had proof that this was the best way to sell these built-in appliances, he worked with his dealers to create stunning kitchen displays in their stores with live cooking in every corner of New England.

“While the ultimate consumer is the homeowner,” said Tom, “I have always seen our dealers as Clarke’s key customers. We value those partnerships and work to offer service, expertise and training that they can’t find anywhere else.”

In fact, dealer training has always been a top priority in Clarke’s business model. Sub-Zero, Wolf and Cove products are unique in that they must still be purchased through an authorized retail dealer and many of these dealers are family companies much like Clarke. “We’ve grown up together,” Tom continues, “and we’ve seen families innovate and grow their businesses over generations. I am so proud to be part of that evolution.” 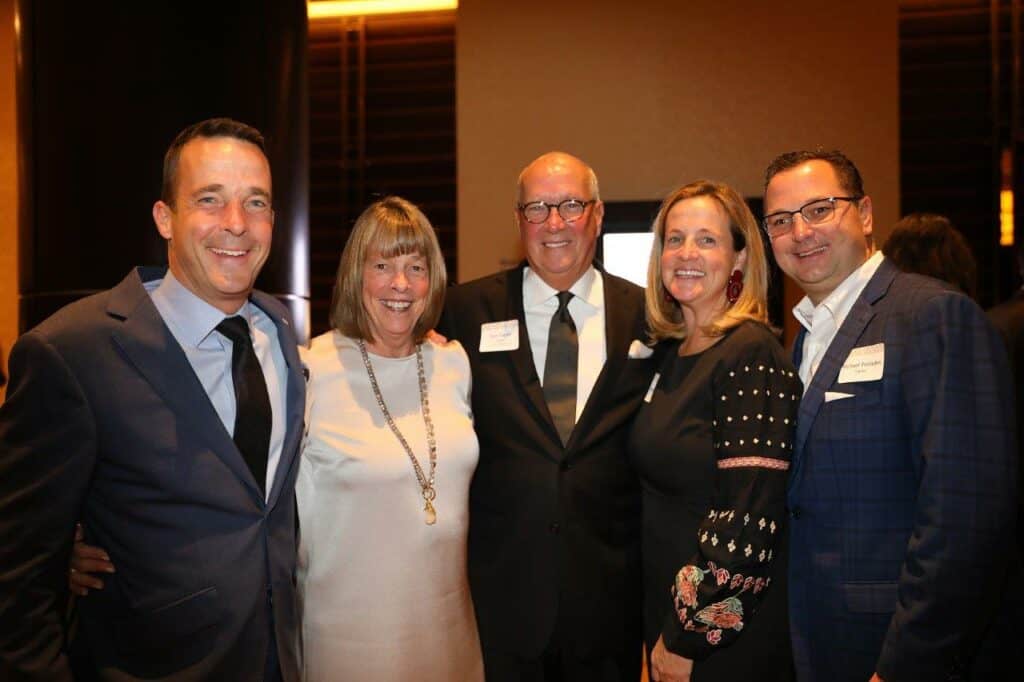 Thank you to every dealer, architect, designer and homeowner who has been the bedrock of Clarke’s success. And thank you to hundreds of employees over the past three decades who have helped deliver the Clarke experience every day. Here’s to another 30 years of innovation and success!