Clarke’s Culinary Beehive is Busy as Ever 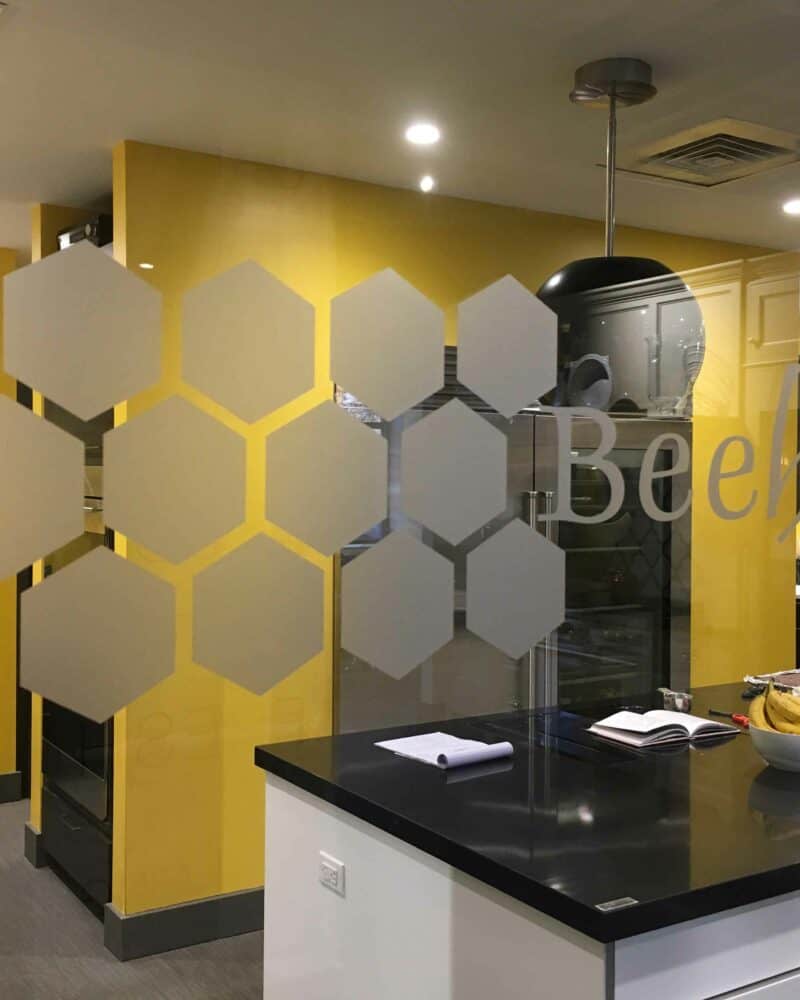 You may know that Clarke broke with tradition when designing the prep kitchen in their Sub-Zero/Wolf/Cove Showroom and Test Kitchen in Milford, Mass. When the showroom was completely remodeled in 2017, the once-hidden prep kitchen was designed as a glassed-in “culinary theater” of sorts, where showroom visitors could see the chef activity going on in real-time. The space, painted a striking yellow with black accents, has under-counter and under-toe kick lights that give the space a special glow. 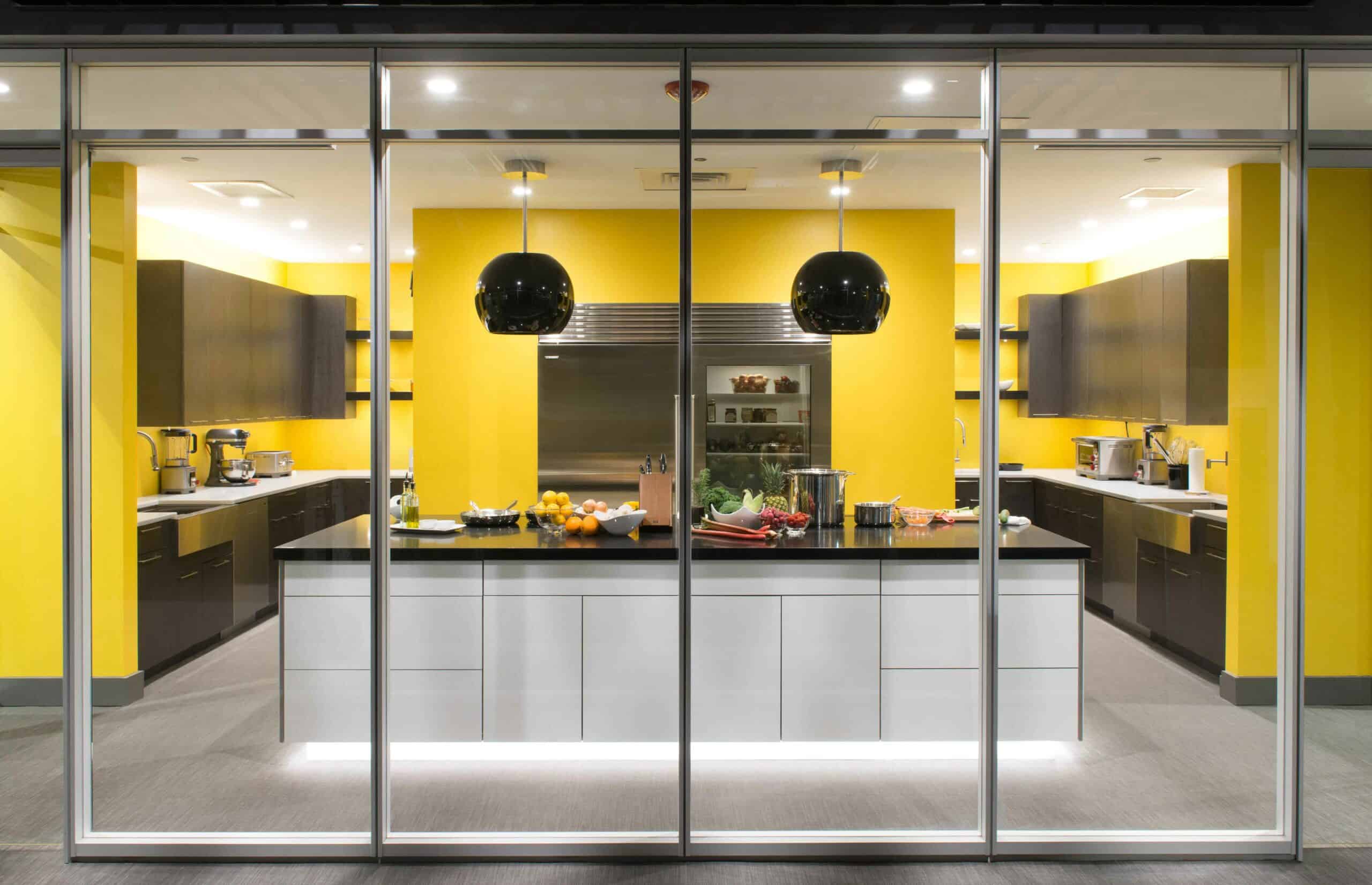 CEO Tom Clarke was walking by the prep kitchen on a particularly busy day recently and commented that it looked like a beehive, with everyone buzzing around producing delicious treats. The name stuck and is now emblazoned on the space… 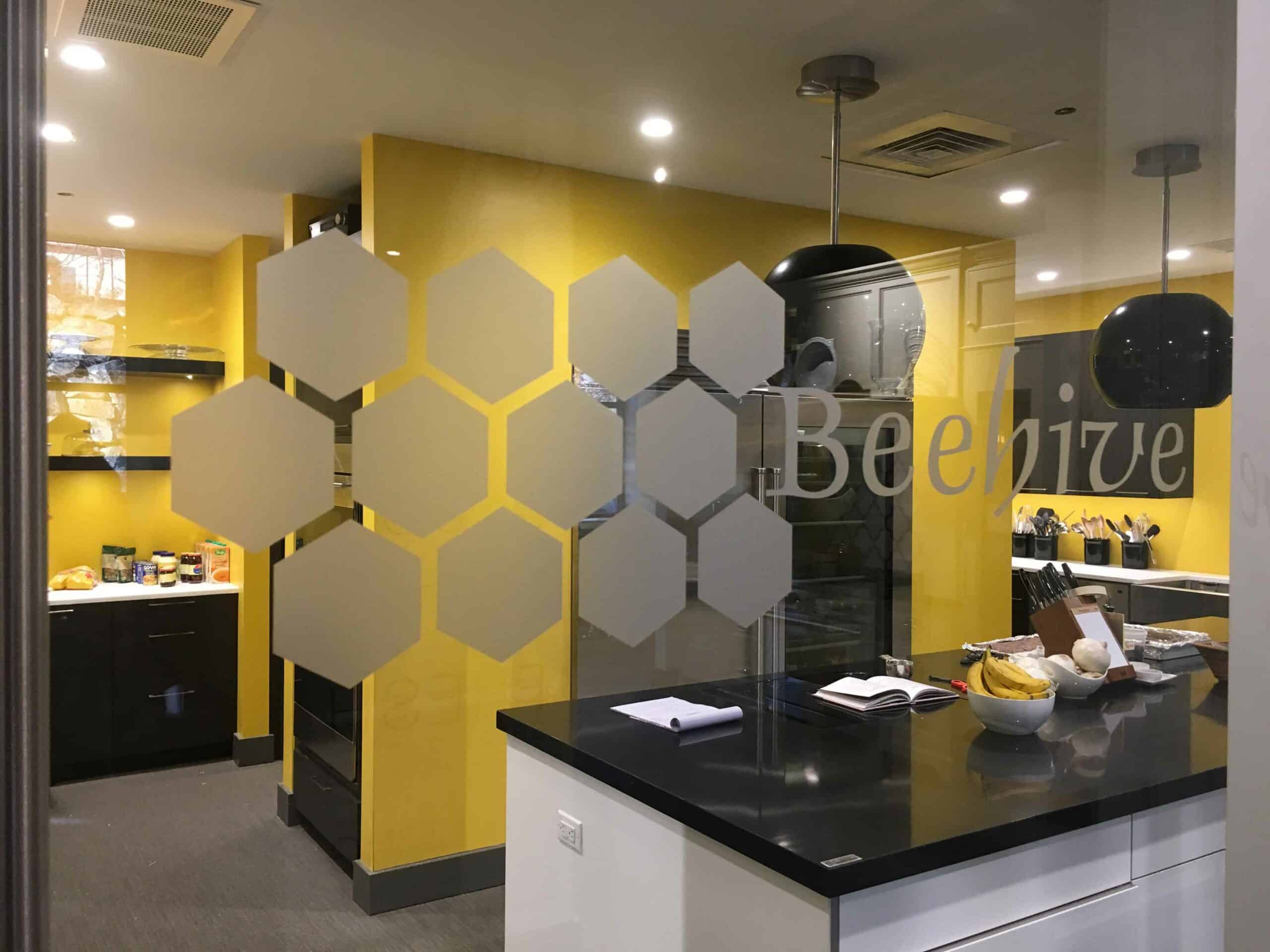 The more the Clarke team talked about the name, the more fitting it seemed. After all, Clarke’s Beehive has its own Queen Bee – Sandra Lashway, the home economics educator – turned Clarke Showroom Manager who has been at the helm of the Milford Showroom since it opened more than a decade ago. Sandy manages all showroom activity, from private tours to staff schedules and special events to Clarke’s Chef Intern Program with Johnson & Wales University. While Sandy is not technically the “mother” to all of the bees in Clarke’s Beehive, she is seen as a singular mentor in the Clarke organization and works closely with Clarke’s three chefs: Executive Chef John Craig, Chef Domenick Nigro and Chef Nicolle Saez.

As for buzzing activity, here’s a snapshot of what has happened since the Beehive was opened in 2017…

While guests can’t easily see it, due to the unique design, the Clarke Beehive is also home to an ASKO laundry center where more than 1500 hours of laundry has been done, returning splattered chef coats and aprons to their crisp whiteness, as well as maintaining linens of all kinds.

It’s a pretty remarkable space. So, the next time you are in Milford, stop by to see what’s buzzing…in the Beehive!