1926: Sub-Zero and the Transformation of the American Kitchen 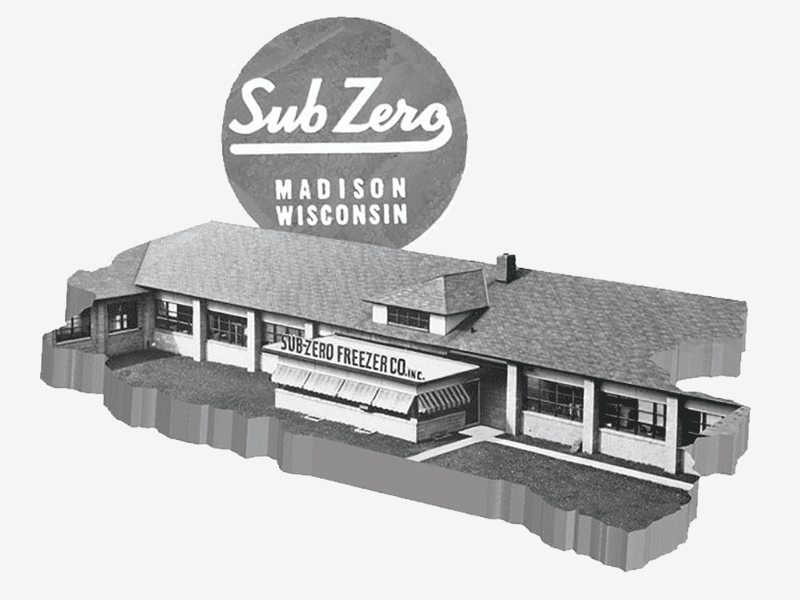 In the early twentieth century, Westye Bakke packed up his wife and two young children on his motorcycle with sidecar to move to Madison, Wisconsin, in search of opportunity. In the 1930s, he began experimenting with refrigeration, inspired by the need to find a better way to store the insulin his young son, Bud, needed for his juvenile diabetes. Existing freezers didn’t do a reliable job of preserving food, medicine and other necessities. Fellow Wisconsin native, architect Frank Lloyd Wright heard of Bakke’s aptitude for designing refrigeration and hired Bakke as a consultant to help create uniquely sized refrigerators for his residential projects. Clarence Birdseye, known as the pioneer of the frozen food industry, also called on Bakke to help perfect quick-freezing techniques that would better preserve the flavor and texture of vegetables and produce. 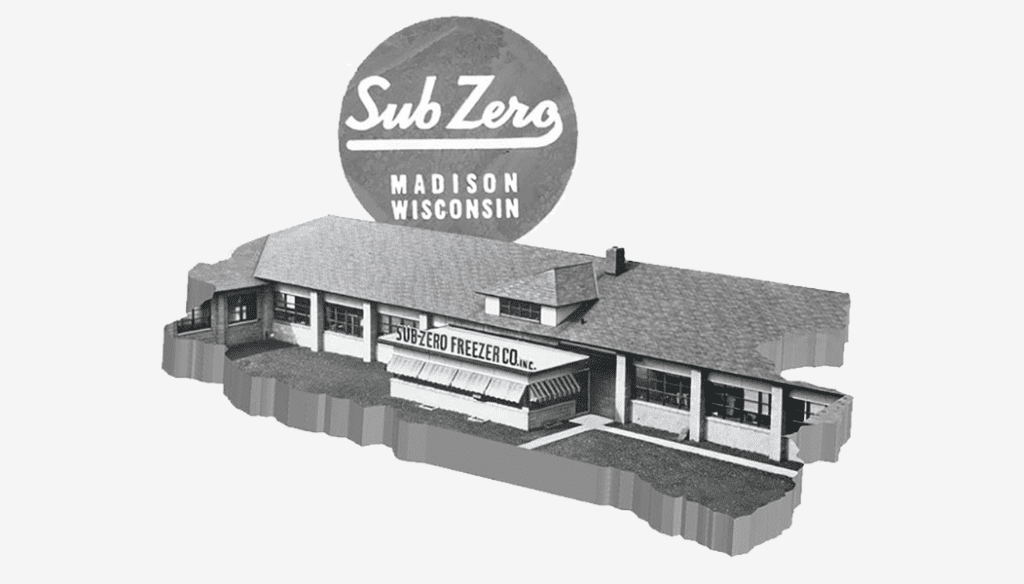 In 1943, Westye Bakke turned his Madison basement into a lab for developing his own refrigeration designs. He built his prototype from scrap metal amid wartime shortages, bending the coils barehanded. Two short years later, he launched Sub-Zero Freezer Company, introducing the first system for preserving food at ultra-low temperatures—literally sub-zero. In the 1950s, Sub- Zero pioneered dual refrigeration, separate sealed compartments for refrigerator and freezer, which drastically reduced transfer of smells and early food spoilage, still a key differentiator of their product line today. Their units were cabinet depth and flush-mounted, creating the built-in look that has been Sub-Zero’s signature ever since. By the 1960s, the phrase “Sub-Zero kitchen” entered the American real estate lexicon as shorthand for “a home that gets all the high-end details right.”

During the next decade, Sub-Zero led the way in engineering energy-efficient products and today, the average Sub-Zero consumes less energy than a 75-watt light bulb. By the 1980s, Sub-Zero mastered temperature control at a whole new level, limiting temperature fluctuations to just one degree. The following decade, the company took the design community by storm with revolutionary integrated designs, allowing the refrigerator and freezer to seamlessly blend into cabinetry and also be crafted as drawers to offer point-of-use refrigeration. By the end of the decade, Sub-Zero had launched the first wine storage system to protect wine from UV light, vibration and improper humidity. 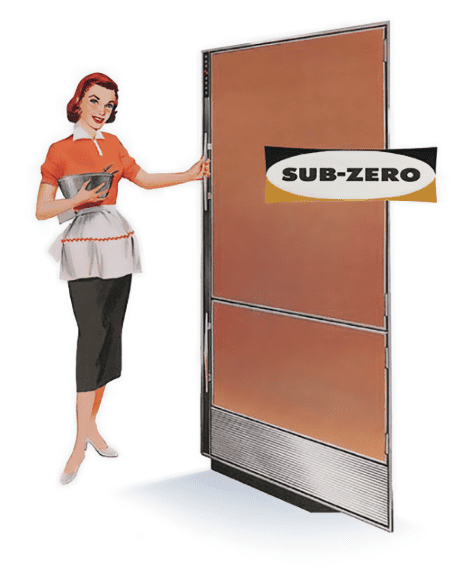 During this time Westye Bakke’s grandson, Jim, came to work at Sub-Zero, after graduating from college and exploring how to create long-term business success while working at Oscar Mayer. Bud Bakke (who was the company’s second CEO and Jim’s dad) had Jim work his way up from assembler to customer service rep, then regional sales manager to plant manager, onto national sales manager and, eventually, executive vice president. In 1989, Jim Bakke took the reins of the company as president and CEO.

As the new millennium was ushered in, Jim Bakke’s strategy was to diversify. Sub-Zero acquired Wolf, a cooking range company run by brothers Al and Hyman Wolf. The brand was legendary in commercial kitchens, however its consumer brand was virtually unknown. Jim Bakke negotiated the sale of Wolf’s consumer lines, built a new state-of-the-art manufacturing plant outside Madison, Wisconsin, and set out to create a food preparation brand as strong as their food preservation products had become. The industry responded with enthusiasm and Sub-Zero and Wolf is now known as the manufacturer of the world’s preeminent kitchen appliances.