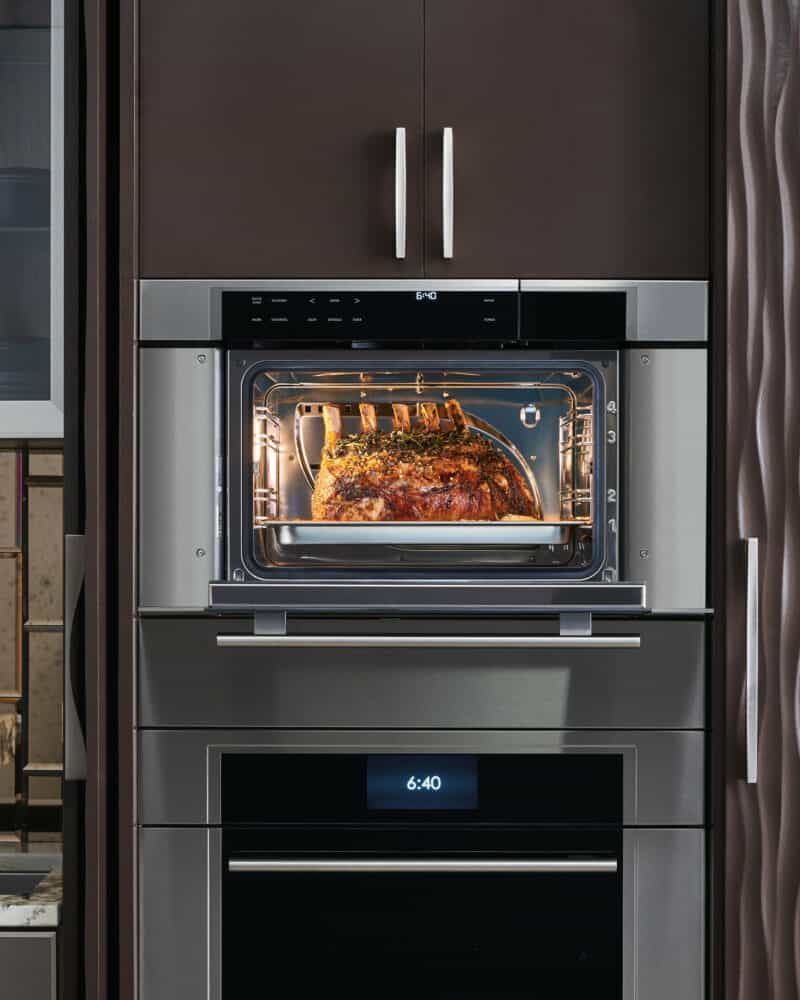 People have been using steam to prepare food for thousands of years. And today, steaming foods, like vegetables, seafood, and dumplings, is still popular — most say because it’s healthier and often more appealing than many common cooking techniques, like sautéing, roasting, and frying. In contrast to these methods, steaming doesn’t require any cooking oil or other fat, like butter or lard. It preserves many of the vitamins, minerals, and antioxidants that are lost when using other cooking methods. And steamed food retains its shape, color, moisture, and freshness, which in turn improves the food’s texture, appearance, and taste.

Steaming is also quite simple: Place food in a steaming basket in a pot over simmering water and put on the lid. Steam bathes the food, cooking it in a slow, gentle way. If you prefer, you can use another relatively convenient countertop appliance to steam food, like the compact electric food steamers that gained popularity in the 90s and the multi-cookers that are available everywhere now. But the convenience of these alternatives comes with a cost — that of the appliance itself and the valuable counter or cabinet real estate it takes up.

Now, however, you can achieve the benefits of steam cooking without boiling water or pulling out an unwieldy electric appliance. With the Wolf Convection Steam Oven, you can steam foods in the built-in wall oven you use every day to bake, roast, and reheat.

Wolf introduced their Convection Steam Oven in 2012, and it quickly became clear that this versatile appliance would be a game-changer for home cooks. By incorporating steaming capabilities into what was already a high-performance convection oven, the Wolf Convection Steam Oven is like three ovens in one: You can cook with steam, convection heat, or a combination of both, which gives you the ultimate control over the time, temperature, and humidity needed to deliver perfect plates every time.

How Steaming in an Oven Works 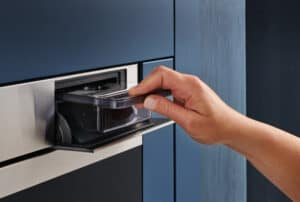 In the Wolf Convection Steam Oven, an easily refillable tray of water is heated to provide the steam. This means the appliance is self-contained, so it doesn’t have to be plumbed like most steam ovens. It can go anywhere in your kitchen (or any other room in the house!), so you have complete design flexibility. And installation is simple and straightforward — there’s no added complexity or cost for plumbing work.

The internal water boiler system produces steam in the oven within 60 seconds. While steaming, a sensor continuously monitors the oven’s humidity and calls for steam only when it’s necessary, which maintains the desired humidity level with precision. (If convection heat is also being used, another sensor signals when to turn the main heating element on and off to maintain a consistent temperature.) Any water that remains in the boiler system after cooking is pumped back into the water tank, saving water. When it’s time to refill the water reservoir, a signal alerts you, and one-touch access makes this activity quick and easy. (Wolf also makes plumbed models for those who prefer that option.)

Time to Unleash Your Culinary Creativity 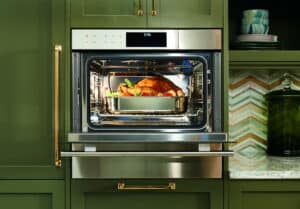 Here are a few of the many things you can do by using the steam cooking capabilities in the Wolf Steam Oven:

In 2018, Wolf revamped the entire line of convection steam ovens to enhance the cooking technologies to provide even more control and versatility. In fact, in our showrooms, we’re seeing many homeowners replacing the traditional top and bottom conventional ovens with one conventional oven and a convection steam oven. (Because how often do we use our bottom ovens anyway?) And if you only need one oven, the Wolf Convection Steam Oven is the one to choose. 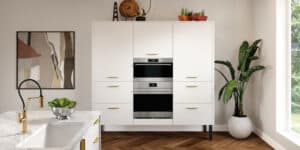 Wolf has created 24” and 30” models of the Wolf Convection Steam Oven with a variety of design options to meet your needs. The best way to experience its benefits is to visit one of our interactive showrooms, so we can show you what a true game changer this appliance really is! We hope you’ll schedule an appointment online and look forward to seeing you soon.