Another Clarke/Smith & Wollensky Project: 1500 Sandwiches Delivered to Boston and Worcester 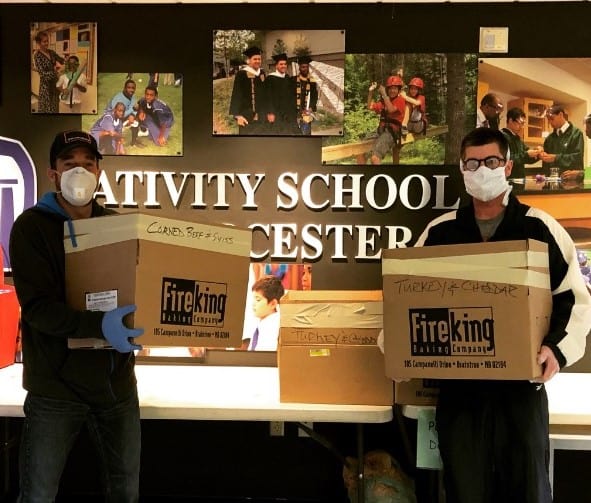 People are so generous! Only days after Clarke and Smith & Wollensky delivered 750 meals to healthcare heroes at Milford Regional Medical Center and Newton-Wellesley Hospital, Executive Chef Matt King received a message. The owner of the Boston Brisket Company had seen the social media describing the hospital initiative and he wanted to help. Soon, Sean Clarke and his son Hunter once again joined Chef King and his Smith & Wollensky team in their Wellesley kitchen.

The Boston Brisket Company donated several hundred pounds of turkey and their famed corned beef (the first choice for St. Paddy’s Day in most of New England.) Calculations indicated that this would be enough meat for 1500 sandwiches. The Wellesley Chamber of Commerce donated 1500 brioche buns. Clarke donated 1500 slices of cheddar and swiss cheese and, through the company’s Freight Farm, enough lettuce was harvested to complete the hearty-enough-for-a-meal sandwiches.

A local accountant, real estate agent and other community members joined the now-seasoned food donation culinary team. They worked assembly-line style on Smith & Wollensky’s 40-foot food counter to craft the sandwiches and individually wrap each one. 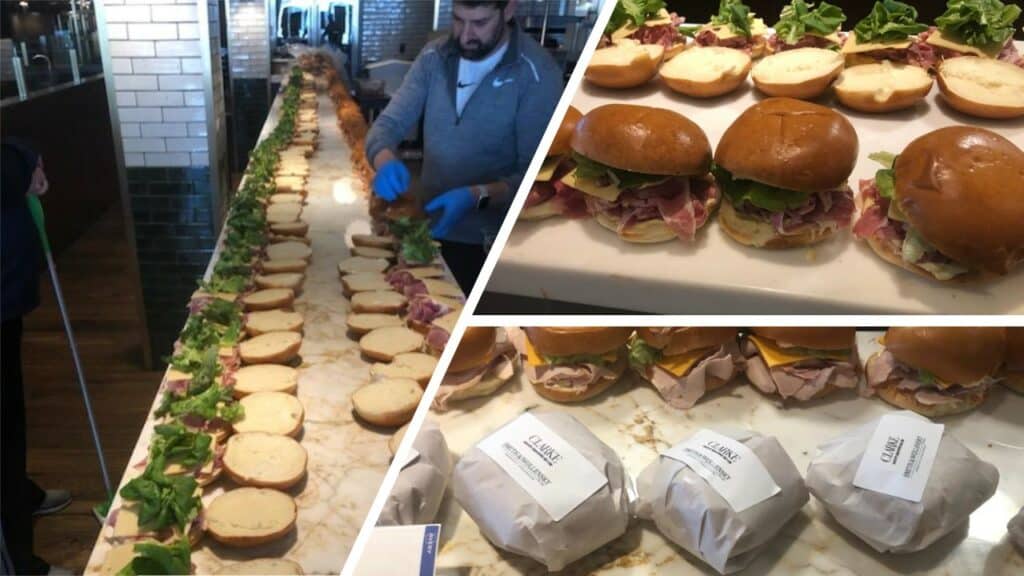 On Friday, April 24th, Sean Clarke and Chef King delivered 1250 sandwiches to Pine Street Inn, Boston’s legendary shelter that has offered a safe alternative to living on the streets since 1969.  On Monday, April 27th, Sean delivered 250 sandwiches to The Nativity School of Worcester. This accredited, independent Jesuit middle school currently serves 63 boys from underserved communities, providing a rigorous educational experience and inspiring in them a lifelong dedication to learning. With the closing of Massachusetts schools, these boys’ families visit the school weekly to pick up school work and are able to receive one bag of food from the school pantry. The 250 sandwiches will help stock the pantry and serve the boys’ families during this difficult time.

“This is a testament to how great partners like Smith & Wollensky and the Boston Brisket Company can help make a big difference in a time of crisis,” said Clarke. “We are humbled that each time we mentioned what we were doing, another professional contact would say they would be there to make sandwiches with us. We are so proud to be included in these initiatives. There is such a great feeling of camaraderie when we deliver the food and feel the overwhelming gratitude from the people we’ve served.”

Thanks again, Chef Matt King, for partnering with Clarke.